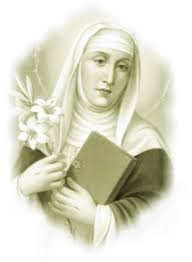 Priests living within the Parish:

Please do not hesitate to ring if you need assistance.

All Public Masses on Saturdays, Sundays and Weekdays are cancelled.

Mass is said privately each day and is offered for all the people of our parish and for those who continue to care for the sick and those in need. Easter Water is still available in Hugginstown Church.

No House Visitation on the First Friday.       Let’s hope we can be back for the month of June!!!!

Sunday Mass Times on the Web:

Mooncoin Church; www.mooncoinparish.ie  at 11.00am.

During these weeks please note that every Catholic is entitled to a dignified Christian Burial. Attendance at Funeral Masses or Service has to be private and limited to 10 family members.

If you need to speak to experienced couples and relationships counsellors during this time of unprecedented stress and pressure on family life; Contact:  01 531 3331  from 9.00am to 8.00 pm, Monday to Friday .  All calls charged at local rate.

Please retain your Trócaire Box to return donations to Trócaire at a later date.

have established a group of community volunteers who will assist anyone in need, to deliver medication, groceries, fuel to your front door.  All volunteer’s numbers are listed in the Stoneyford area.

Reflection on the Sunday Readings:   Readings for Sunday Mass are available below.

Prayer to be preserved from contagious diseases:

O God, who through an Angle, promised St Roch that those who invoke His name or

seek His intercession will be preserved from all dangers and contagious diseases.

Grant that through His intercession we may be preserved from this present danger.

We ask this through Christ Our Lord.   St. Rock pray for us.

All notices for the Newsletter to be left in before 5.00p.m. on Thursdays please.

On the day of Pentecost Peter stood up with the Eleven and addressed the crowd in a loud voice: ‘Men of Israel, listen to what I am going to say: Jesus the Nazarene was a man commended to you by God by the miracles and portents and signs that God worked through him when he was among you, as you all know. This man, who was put into your power by the deliberate intention and foreknowledge of God, you took and had crucified by men outside the Law. You killed him, but God raised him to life, freeing him from the pangs of Hades; for it was impossible for him to be held in its power since, as David says of him:

I saw the Lord before me always,for with him at my right hand nothing can shake me.

So my heart was glad and my tongue cried out with joy;  my body, too, will rest in the hope

that you will not abandon my soul to Hades  nor allow your holy one to experience corruption.

You have made known the way of life to me,   You will fill me with gladness through your presence.

‘Brothers, no one can deny that the patriarch David himself is dead and buried: his tomb is still with us. But since he was a prophet, and knew that God had sworn him an oath to make one of his descendants succeed him on the throne, what he foresaw and spoke about was the resurrection of the Christ: he is the one who was not abandoned to Hades, and whose body did not experience corruption. God raised this man Jesus to life, and all of us are witnesses to that. Now raised to the heights by God’s right hand, he has received from the Father the Holy Spirit, who was promised, and what you see and hear is the outpouring of that Spirit.’

If you are acknowledging as your Father one who has no favourites and judges everyone according to what he has done, you must be scrupulously careful as long as you are living away from your home. Remember, the ransom that was paid to free you from the useless way of life your ancestors handed down was not paid in anything corruptible, neither in silver nor gold, but in the precious blood of a lamb without spot or stain, namely Christ; who, though known since before the world was made, has been revealed only in our time, the end of the ages, for your sake. Through him you now have faith in God, who raised him from the dead and gave him glory for that very reason – so that you would have faith and hope in God.

Two of the disciples of Jesus were on their way to a village called Emmaus, seven miles from Jerusalem, and they were talking together about all that had happened. Now as they talked this over, Jesus himself came up and walked by their side; but something prevented them from recognising him. He said to them, ‘What matters are you discussing as you walk along?’ They stopped short, their faces downcast.

Then one of them, called Cleopas, answered him, ‘You must be the only person staying in Jerusalem who does not know the things that have been happening there these last few days.’ ‘What things?’ he asked. ‘All about Jesus of Nazareth’ they answered ‘who proved he was a great prophet by the things he said and did in the sight of God and of the whole people; and how our chief priests and our leaders handed him over to be sentenced to death, and had him crucified. Our own hope had been that he would be the one to set Israel free. And this is not all: two whole days have gone by since it all happened; and some women from our group have astounded us: they went to the tomb in the early morning, and when they did not find the body, they came back to tell us they had seen a vision of angels who declared he was alive. Some of our friends went to the tomb and found everything exactly as the women had reported, but of him they saw nothing.’

Then he said to them, ‘You foolish men! So slow to believe the full message of the prophets! Was it not ordained that the Christ should suffer and so enter into his glory?’ Then, starting with Moses and going through all the prophets, he explained to them the passages throughout the scriptures that were about himself.

When they drew near to the village to which they were going, he made as if to go on; but they pressed him to stay with them. ‘It is nearly evening’ they said ‘and the day is almost over.’ So he went in to stay with them. Now while he was with them at table, he took the bread and said the blessing; then he broke it and handed it to them. And their eyes were opened and they recognised him; but he had vanished from their sight. Then they said to each other, ‘Did not our hearts burn within us as he talked to us on the road and explained the scriptures to us?’

They set out that instant and returned to Jerusalem. There they found the Eleven assembled together with their companions, who said to them, ‘Yes, it is true. The Lord has risen and has appeared to Simon.’ Then they told their story of what had happened on the road and how they had recognised him at the breaking of bread.