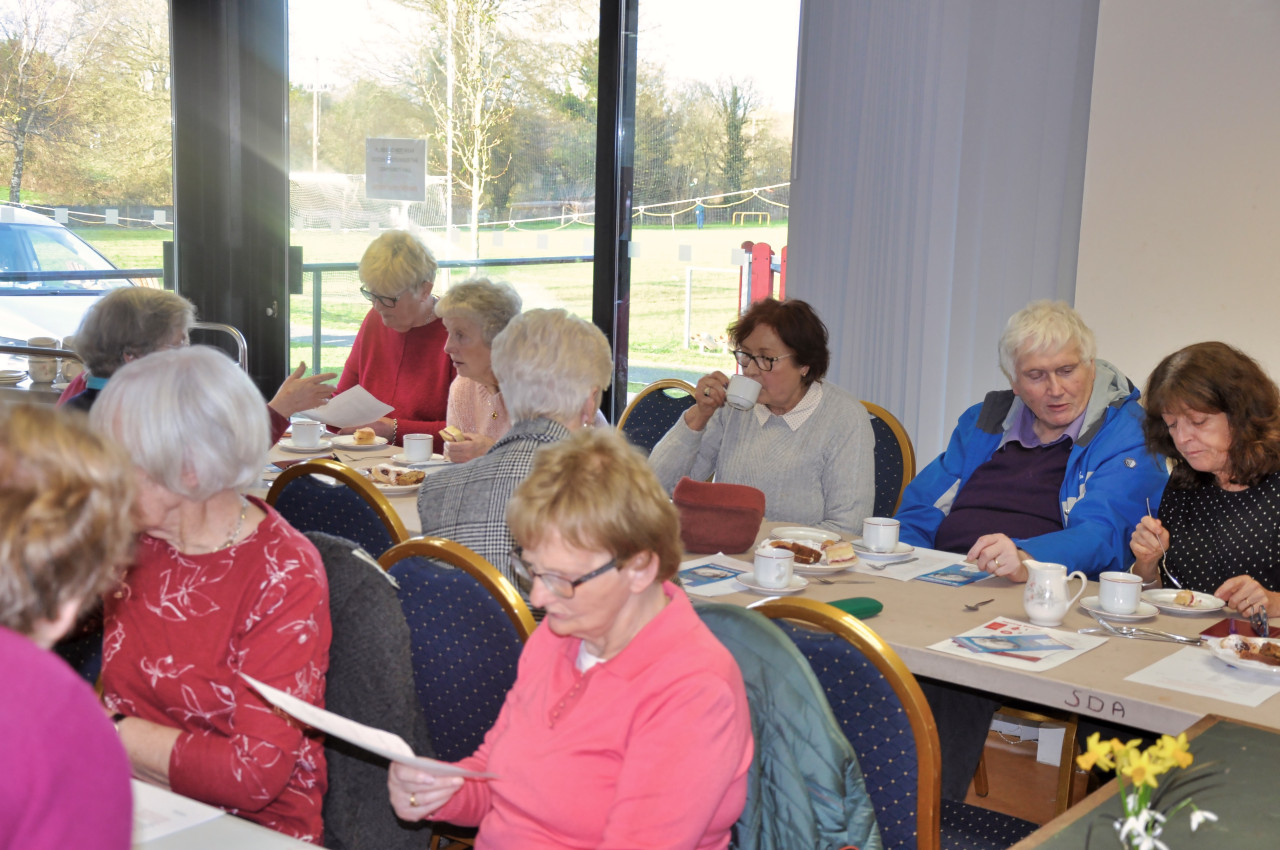 On calling the meeting to order @14.30 hrs. Conchubhar called for a minute of reflection on all our past members, those who died and those who could not be present at the meeting for health reasons.

Conchubhar said that he felt that the winds of change were blowing through Stoneyford Active Retirement and he gave a quick resumé of his seven-year tenure as.

He talked about the time he joined SARG and said it was really by accident that he attended his first meeting. He said this was due to his own lack of knowledge of what Active Retirement did and also the feeling of being too young to attend such a group. On joining he quickly found SARG a vibrant and active group in the community and regretted not knowing about it earlier. He said that SARG should always be promoting itself and making its position and activities in the community known.

He recollected the various activities tried by SARG and noted that with the exception of two, all activities proved to be successful.

He then referred the struggle to make The Fit Club successful. Fit Club is specifically designed to provide fitness, resistance and suppleness training for all, particularly for those with an age profile suited to SARG activities. He pointed out that Fit Club is now self- supporting and would appear to be in a healthy position going into the future.

He thanked his fellow officers, Jackie de Róiste (Secretary) and Anthony Roche (Treasurer) for their support and hard work during their tenure. He thanked all the members who actively helped throughout his tenure i.e. those who booked hotels, collected money for various events, who curated the library and much much more.

He especially thanked the members for their continued support and encouragement throughout the years. He said that they are really a fantastic group of people and that he couldn’t praise them highly enough. In the seven years he had been Chairperson there had not been one scintilla of aggravation, backbiting or contrariness. It is great to see everyone supporting and encouraging everyone else and long may it last.

In anticipation of the election he wished in advance to wish the new officers all the best and offer them his full support in their endeavours during the coming year.

Carole, on behalf of the members, presented the outgoing Secretary, Jackie de Róiste, with a gift in appreciation of her sterling work throughout her tenure as secretary.