Trains and Boats and ?

Trains and Boats and Luas and Dart. 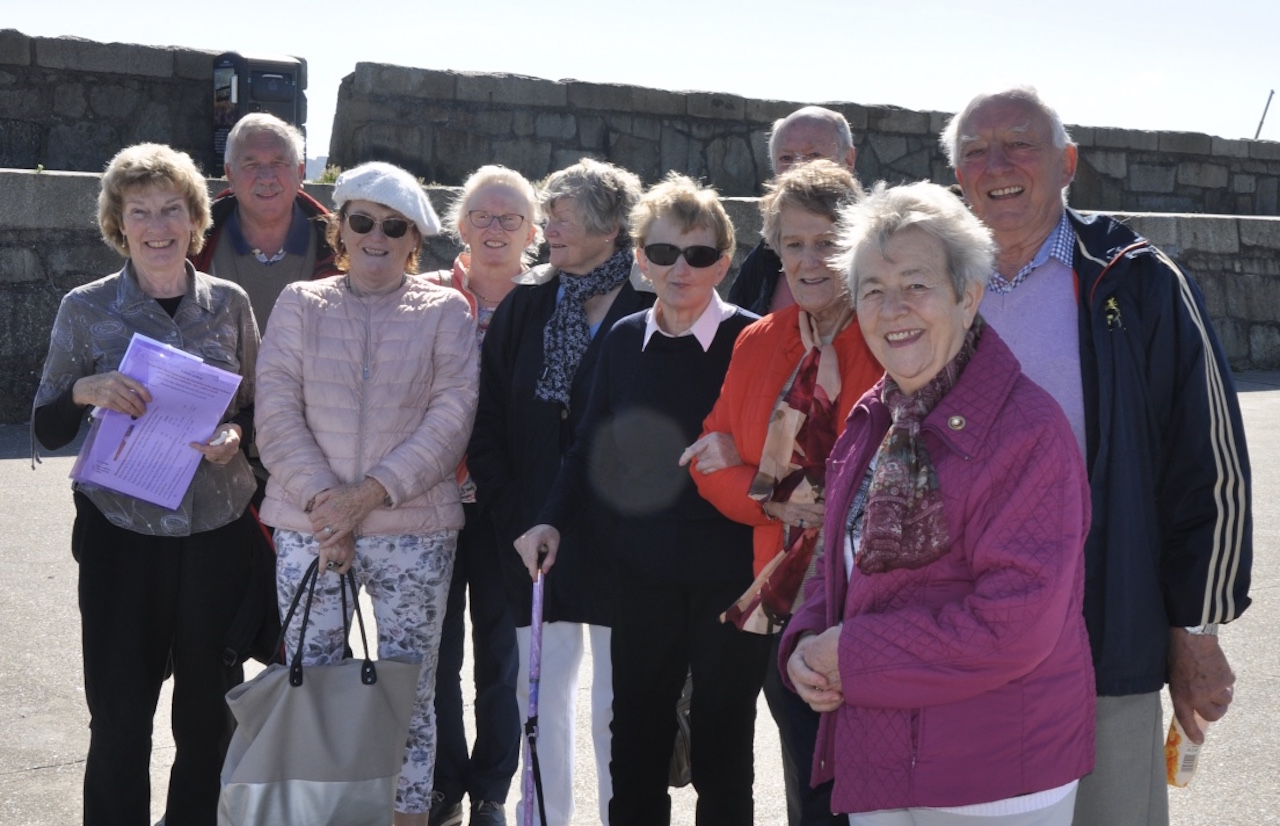 The title doesn’t rhyme as well as the song by Burt Bacharach but nevertheless last Friday’s SARG trip was every bit as exciting. 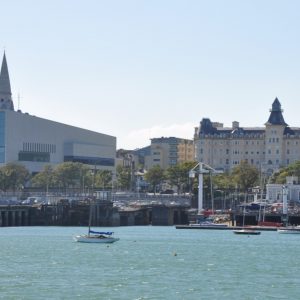 On Friday 20th of September 2019 eleven members of SARG went on a very successful trip to Dublin. The purpose of the trip was to board the St. Bridget boat at Dún Laoghaire harbour, on the south side of Dublin Bay, and from there take the sea crossing to the beautiful harbour of Howth or Binn Éidir on the north side of Dublin Bay.

The group boarded the 8.09 am train at Thomastown and enjoyed a pleasant trip to the capital. On arrival the group took the first available Luas and headed for Connolly Station. The Luas was an experience in itself, everyone packed like sardines, cheek by jowl. On arrival at Connolly we boarded the Dart which took us to our destination in comfort. 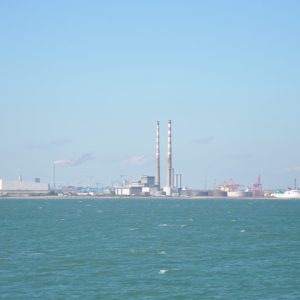 Dún Laoghaire is a beautiful seaside port and the mixture of old and new architecture blends together beautifully, the best of the old and the best of the new, Dún Laoghaire Leabharlann is particularly striking. On arrival we had time for a short break before we boarded the St. Bridget. As the weather was fine and the sea was calm, most members of the group chose to stay on deck in order to better savor the sights of Dublin bay and to enjoy the sea breeze.

The trip across the bay was most enjoyable and afforded panoramic views of Dublin city and coastline. The entrance to Howth is beautiful but due to the fact that it is a working fishing port, not as majestic as Dún Laoghaire. On arrival at Howth we felt we needed some sustenance and that was found in The Brass Monkey restaurant, where we were treated like the true celebrities we were.

From Dún Laoghaire the return journey was the reverse of the morning trip and we arrived in Thomastown at 6.30 pm. It was a memorable trip enjoyed by all. 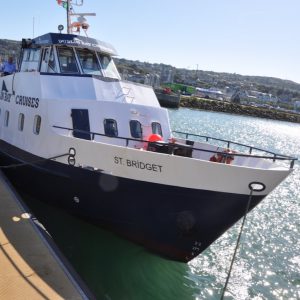