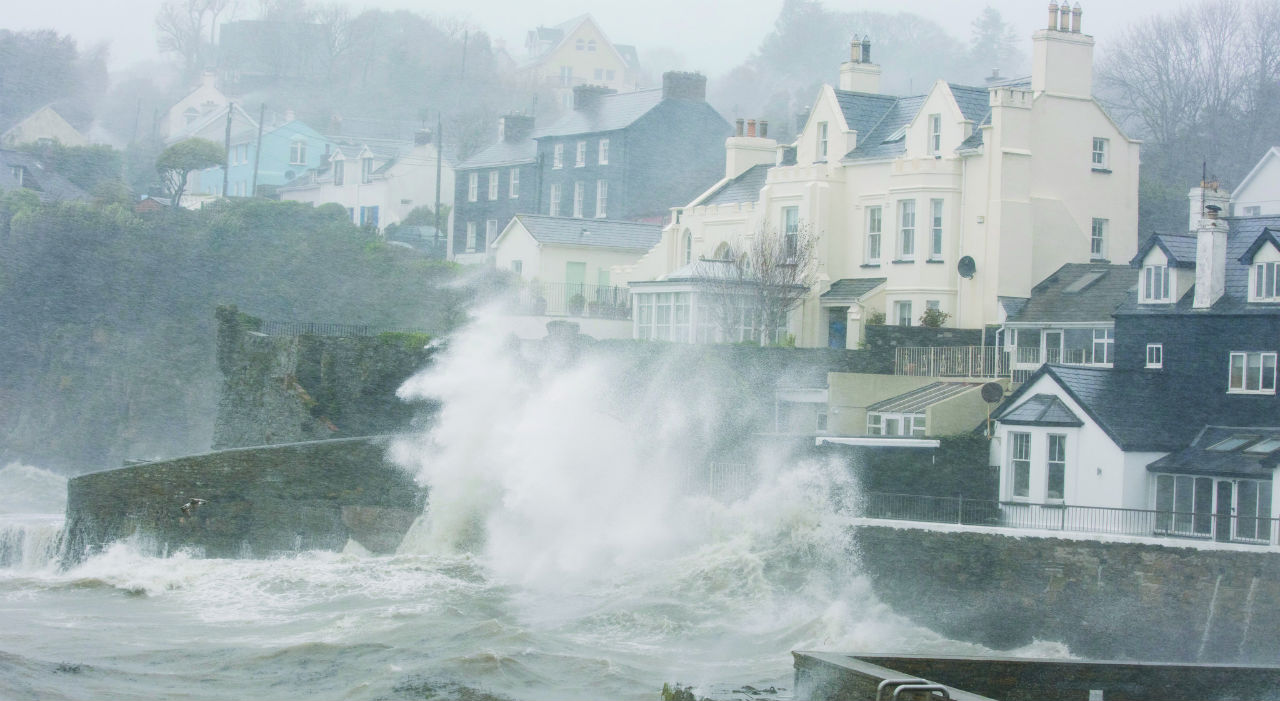 Ophelia we were warned you were heading our way,

Increasing in speed as you swept down from Bray

Sure the coast always gets it, us inlanders reckoned

We were warned you were vicious, never the like previously sustained

And to check trampolines and bouncing children were securely restrained

Still we grumbled ‘Damn and blast the washing was nearly dry’

but now will be ruined with black rain from the sky

The message was stark and weathermen advised

It’ll be one to remember, you’d be safer inside

We should duly respect you and acknowledge the danger

the storm was much stronger, more of a hurricane they wagered.

And so Ophelia landed and we lost our bravado

The storm was a hurricane, not far from a tornado

You came with a force, a power hard to believe,

Pounding and ripping and rocking at speed

You crashed through our rooftops and blacked our power

We prayed t’would return but we knew not the hour

Candles flickered and danced, and the flames of the fire

gave us comfort and consolation as the wind seemed less dire

There were numerous stories of the brave and the bold,

Who faced all the elements, if truth be told

Their generous deeds will always remain

in the memory of those who had heartache and pain

You left us a memory we cannot erase

Of a storm that left nothing but hardship in its place.