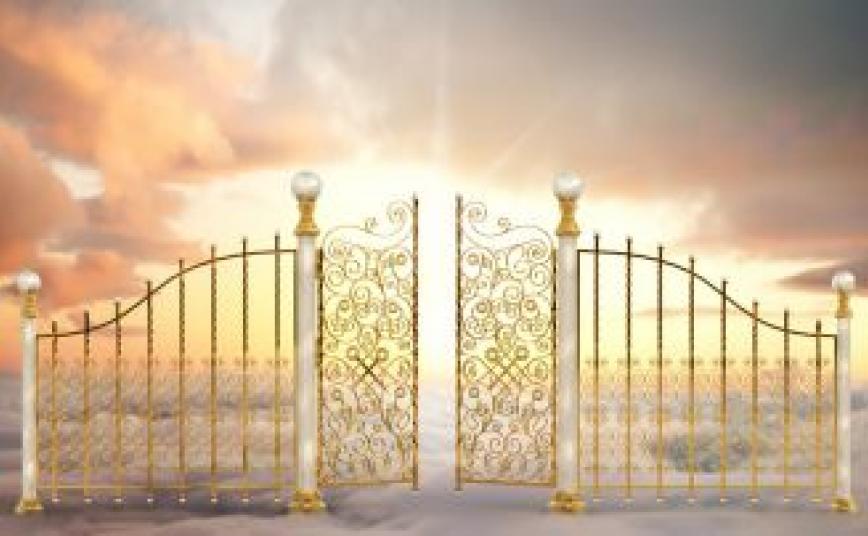 At the funeral of my Aunt Mary the priest gave a sermon, he said she was a lovely woman and he was sure by now she was in heaven meeting all her friends and telling them funny stories which she often did.

As the sermon went on, my mind started to wander and it got me thinking who would I like to meet if I ever get past the pearly gates…

It would be thumbs down too to the driver who drove through a big puddle and drenched me when I was cycling – I’d return his two fingered salute!

And then there was the neighbour who bored me silly with his escapades during the war   years. ‘Twas a mystery how anybody escaped when he had a rifle in his hands, I was often on the point of asking him to go home and not to let the door hit him on the arse on his way out.

The thought then struck me ..What if some of these people are gone down to hell?! Where will I see them then?

Then I heard the priest say, ‘let us commit her body to her earthly grave……