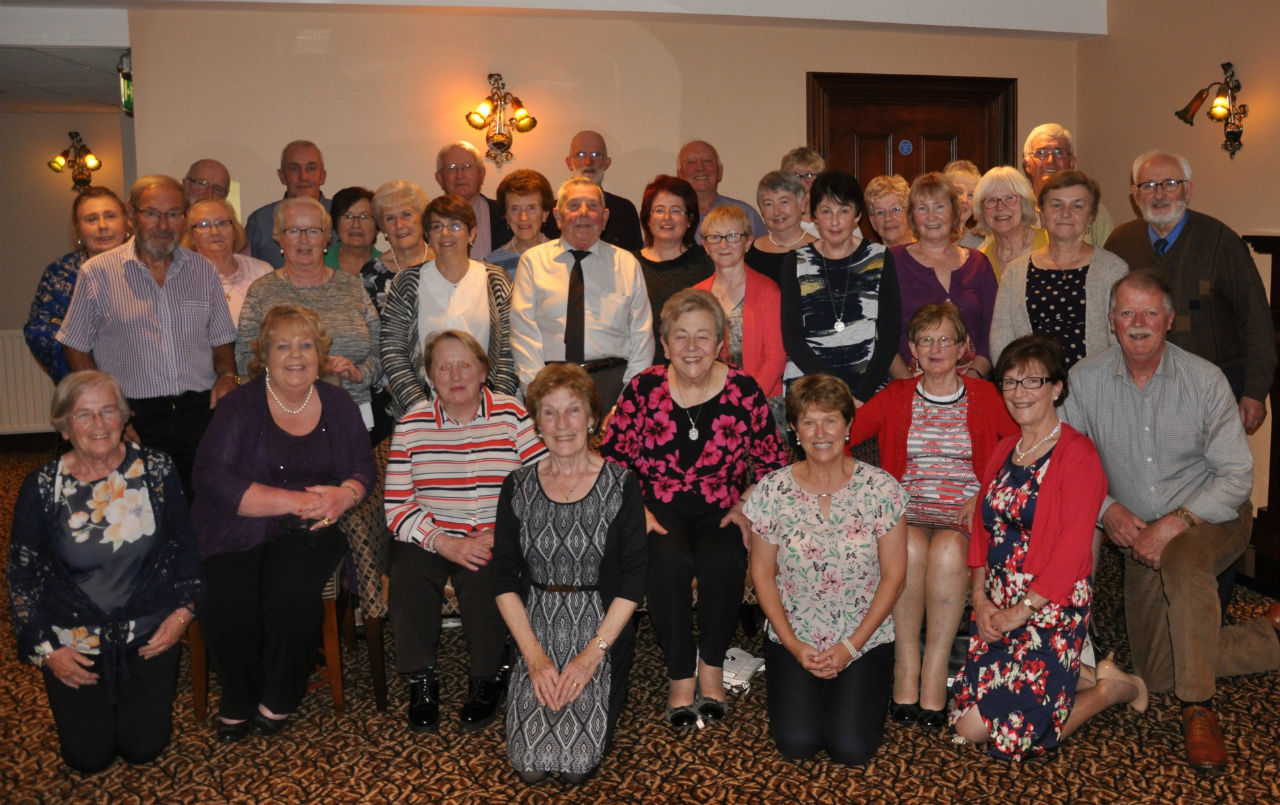 On the 8th of October 2017 Stoneyford and Danesfort Active Retirement Groups united for a three-day trip to Belfast and surrounding attractions. The trip was organised by Jackie from Stoneyford and ably supported by Maryanne from Danesfort. As arranged the luxury coach departed Stoneyford at 08.00 hrs and picked up the Danesfort group soon after. The coach was comfortable and the driver was affable so we all had great hopes for a good holiday.

On the way we stopped at a roadside service area for a lunch break and then continued on with our journey. 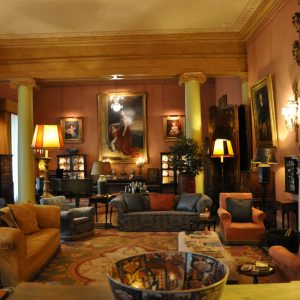 Our first port of call was Mount Stewart House on the shores of Strangford Lough.

The house is of Neo-Classical style and is under the care of the National Trust. As expected the house was magnificent, displaying the opulent lifestyle of the rich in a bygone era. A visit to the gardens was a must. Due to the influence of the mild climate of Strangford Lough allows astonishing levels of planting experimentation and the formal areas are reminiscent of a Mediterranean setting. We reached our Hotel in time to relax and freshen up for dinner at seven. An early night was had by all.

Day two brought us to the Titanic Centre. 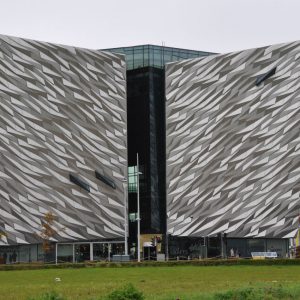 I had read different reports as to what was on offer at the Titanic Centre, some good some not so good. It was stated from the very onset of the Titanic Centre project that there would not be many artefacts from the boat or from the era on display, and this is indeed true however the building itself is so magnificent and the presentation of the story of the Titanic was displayed in such an imaginative way that to complain would be petty. A visit to the Titanic Centre is time consuming and tiring so be prepared and allow plenty of time to enjoy the experience.

After a quick break we embarked on a tour that is often referred to as The Black Cab Tour. For this we took on a tour guide who was well versed in the lore of the recent war in Belfast and he guided us through Nationalist and Unionist areas. We stopped to look at some Nationalist Murals and our guide explained the relevance of each. We then went to visit Bombay Street where we disembarked to visit a monument to Republican and Civilian deaths from the war era. Our guide pointed out the cages around some of the houses, these cages are to protect the inhabitants from rocks being thrown over the “Peace Wall” at them.

Next we drove beside the “Peace Wall” and into a Unionist area to have a look at some murals there. 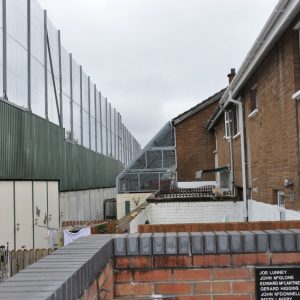 I think everyone on the tour was amazed to hear that the “Peace Wall ” exists first of all and secondly that it is so long and has gates that are closed at 6.00 p.m. every evening. To round off the visit that day we spent some time experiencing downtown Belfast which we explored on foot. We arrived back at the hotel in time for a delicious evening meal with entertainment following.

On Tuesday we departed for what was to be our longest part of the trip, we were going to visit Bushmill Distillery and then on to The Giant’s Causway. Bushmills was well worth a visit as when you visit this distillery you are actually visiting a working factory and the vats you look into are actual vats of spirit in the different stages of the distillation process.

From there we went to The Giant’s Causway. This destination was reported as being one of the 10 most disappointing tourist destinations in Ireland, I wasn’t expecting much here but I was pleasantly surprised. The Heritage Centre itself is quite magnificent and it acts as a scene setter before one visits the Causway. Unfortunately the rain began to fall as we arrived but this did not mar our enjoyment. From the Centre there is a 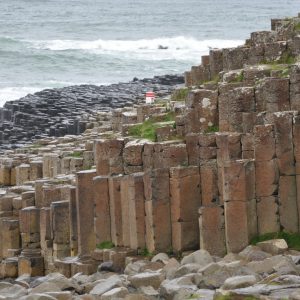 long steep road leading to the rock formations we all came to see. There is a bus down for the less firm of foot, so no need to walk. As we walked down the steep slope we were face with a magnificent ocean panorama. The day was windy and the sea was high and angry with waves crashing off the shore. The actual rock formations are not vast but nevertheless breathtaking.

Our driver then took us back to our hotel by taking the coastal road and through the Glens of Antrim. This section of the tour was unexpected and a bonus as the driver was knowledgeable and the scenery was breathtaking. On the way he pointed out features of interest and he also shared anecdotes from his own experience. Another delicious dinner was served in the hotel and some of the livelier members of the group entertained themselves in the hotel foyer, late into the night.

For our trip home we decided to stop off at Newry for some shopping and sightseeing. As everyone knows there are some great shops in Newry and the shoppers were not disappointed. Others visited Newry Museum and had a quiet hour or two reliving Newry of the past.

We broke the journey from Newry with a quick stop off at a roadside service area for a snack.We eventually arrived home in Danesfort and Stoneyford tired but pleased with the first Danesfort/Stoneyford outing. Rumour has it that a trip to Donegal is promised for 2018.