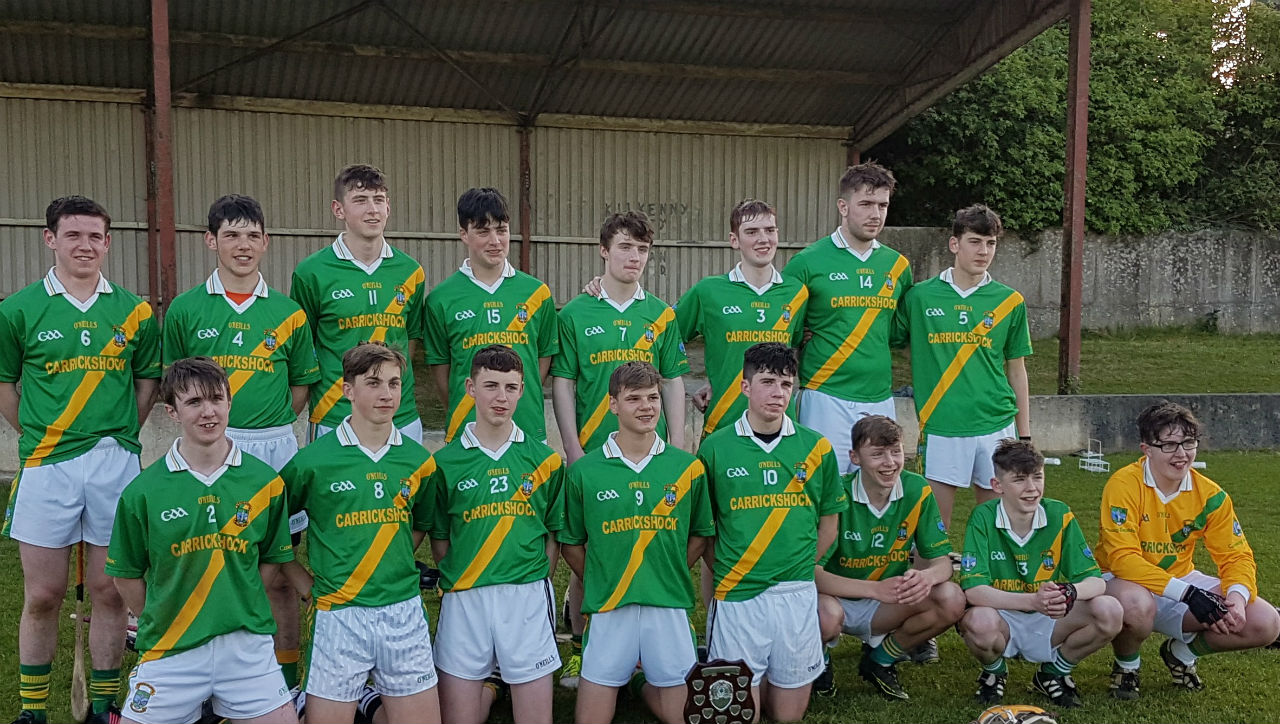 Carrickshock had  a vital win over St. Martin’s in the 2nd round of the Senior League on Saturday. They looked to be cruising midway through the 2nd half but a goal for St Martin’s set up a nervy finish. Still, they hung on for a deserved win. Those 2 league points could prove crucial in what’s becoming a very tight league group.

Minor 13-a-side Shield Final (Roinn C): Carrickshock 4-16(28) Tullogher 5-6(21) in a very entertaining game last Thursday in Hugginstown, After a shaky spell in the middle of the 1st half the boys turned on the style and fully deserved their 7 point victory. They can look forward to the league now with plenty of confidence.

The under 14s went down to a very strong Barrow Rangers team in the football County FInal in Graignamanagh on Friday evening. But they’ll have a chance to put that behind them next Monday 15th when the hurling league starts with a trip to Clara.

The Under 10s had another successful outing in the Go Games on Saturday when they made the trip Freshford to take on St. Lachtains.