Best of luck to John Power, Richie Power and Michael Rice and the rest of the Kilkenny panel in the All Ireland final next Sunday. Here’s hoping for the right result, and, wouldn’t it be great to see any one of the Carrickshock men play some part on the big day.

Carrickshock minors take on Young Irelands of Gowran in the next league match, this Tuesday 1st September in Hugginstown at 7.0.

Best of luck to the Under 14s in the 1st Round of the Championship. They take on Slievereue tomorrow night, Monday 31st, in Mullinavat at 6.30. All support appreciated to help get their championship off to a good start.

The Under-12s played their Go Games finals on Saturday in Slieverue. Missing a couple of regulars, Carrickshock still went in with high hopes.

They took on the locals in the first game – Carrickshock were the stronger by far, but a first half goal kept Slieverue in the game. In the 2nd half, Carrickshock started to dominate and ran out 0-8 to 1-0 winners. The final game against a strong Rower Inistioge team was a much tighter affair. Playing with a strong breeze Carrickshock led 2-1 to 1-2 at half-time. A couple of early goals for the Rower in the 2nd half looked to have sealed the game, but Carrickshock came storming back into it, hitting the crossbar and going inches wide before going down by 4-4 to 2-4. 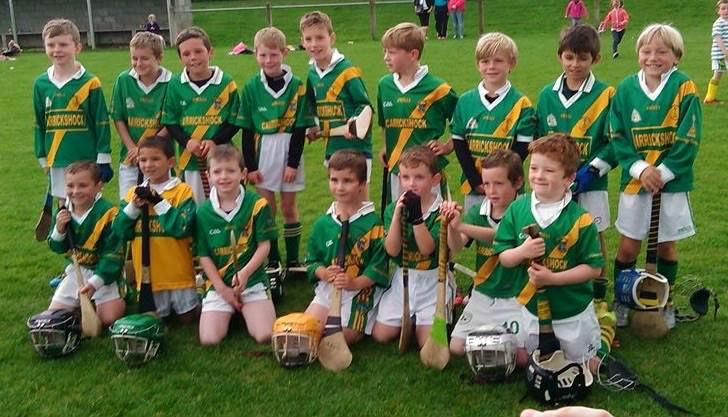 Well done to the Carrickshock Under 8s on their winning of the Tom O’Shea cup at the Dunnamaggin Field Day last weekend. We had good wins over Bennetsbridge, Piltown and Dicksboro in the preliminary rounds. We then played Dunnamaggin in the final in a keenly contested affair. Carrickshock came out winners by two goals.

Michael Murphy kept the Carrickshock flag flying at the weekend, putting in a great performance for the Kilkenny South Under-15s in their end of season tournament. They played in the Michael Foley tournament in Wexford and made it all the way through to the final before going down to our North Kilkenny neighbours. Well done Michael. 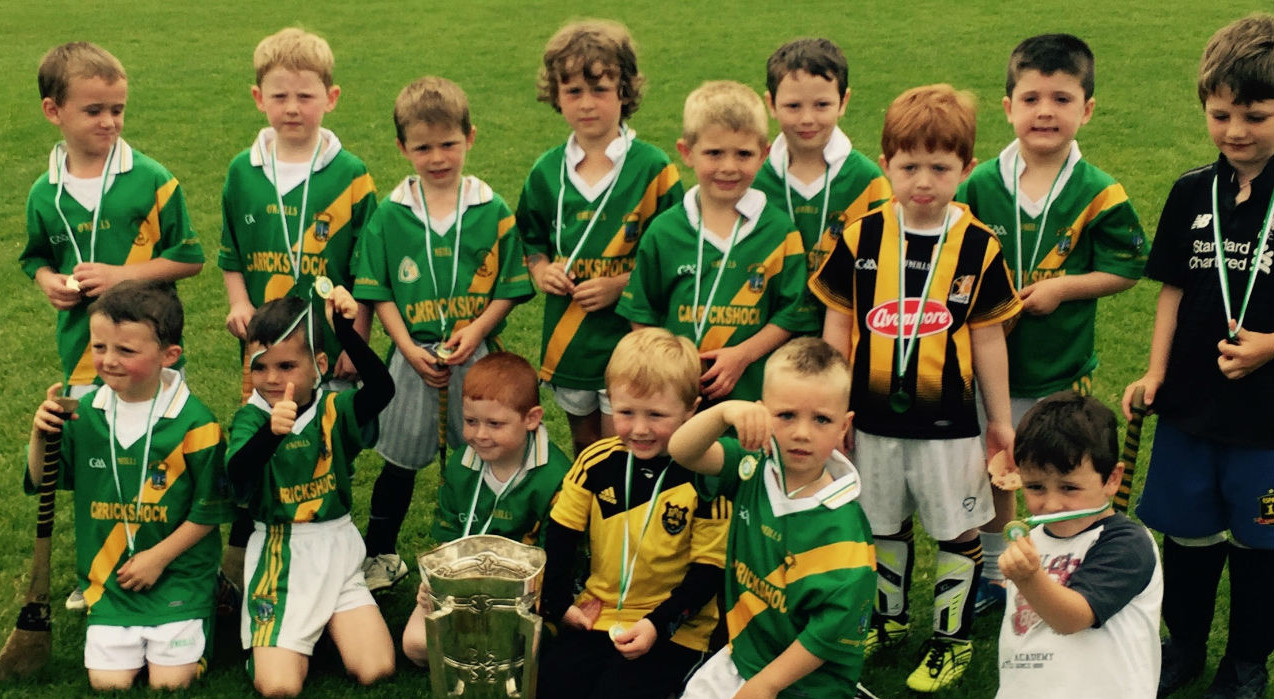 Well done to the Under 6s on their great showing in the O’Loughlin Gaels Under 6 blitz on Sunday last. They took on the might of Dicksboro, James Stephens, O’Loughlin Gaels as well as Cushenstown of Wexford. They gave as good as they get in all encounters, and came out on top in most of them. A medal presentation and a chance to hold the Liam McCarthy rounded off the day nicely.