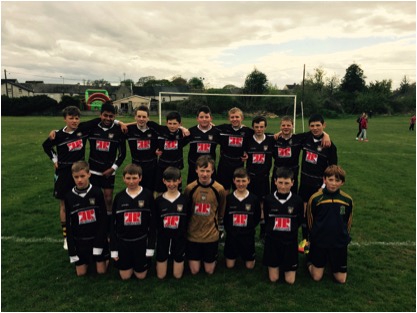 This year saw great improvements on the previous year. With most of last year’s under 13’s taking the step up to U-14 and with some new faces from other clubs, the team started the season well. They also didn’t see a repeat of last season where they dropped off towards the end. This year saw them finish as strong as ever.

The team were matched the whole way by teams such as Bridge Utd, Evergreen Utd and Highview, all of whom ultimately beat our U-14’s to the top 3 positions. Having said that, the team were only one win away from promotion to the First Division which is something that we can look forward to trying to achieve next season at U-15’s.

All players showed great enthusiasm, determination and strength throughout the season, in their training sessions and in their matches. This was even more evident in their final games where they had to play the best in the league and even in the First Division when we met East End in the cup. In all these games, the team never gave up and took away some very impressive results. I believe, there is now a very strong bond within the group and a foundation on which we can build further next year.