On Tuesday 16th of December 2014 the inaugural meeting of Stoneyford History & Heritage Society was held. The purpose of the meeting was to explore the possibility of forming a working group to record and compile the history of Stoneyford and it’s environs.The meeting was well attended and it was decided to form a committee with a view to driving the project forward.

The following were elected: 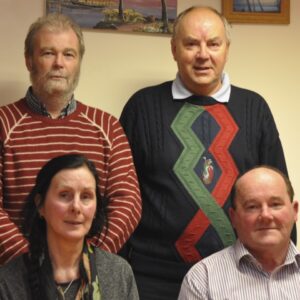 In recognition of the work done to date by Donal Sheridan, in exploring our historical background, it was decided to create the position of Honorary President to which Donal was appointed.

Donie Butler presented a list of subjects suitable for exploration by the group. It was decided, that due to the proximity of Christmas, to postpone further discussion until the new year 2015.

Some Members of the History Group 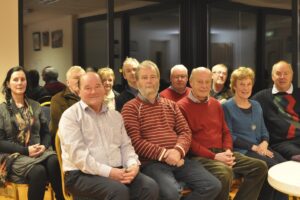